Being in the media spotlight – an experts view

Following my blog on how to become a thought-leader, here is a guest blog from Lee Petts, MD of waste management firm, Remsol Ltd:

I read Amanda’s recent post on establishing yourself as a thought-leader with great interest – because she’s bang on.

In the last few years, I’ve worked hard to get noticed as an expert in my field that is happy to share opinions in the media.  And it’s beginning to work.

In the last 12 months, I’ve been approached to speak at about a dozen sizeable conferences.  I’ve been interviewed live on BBC News 24, BBC Northwest Tonight and Sky News.  I’ve been live on local radio several times, I’ve done pre-recorded TV interviews with Channel 4 and ITV, and news about my business activities has regularly made it into business pages of the Lancashire Evening Post and other regional titles.

More importantly for me, I’ve been asked for comment by one of the most respected journals in my trade – The Ends Report – and appeared in it three times in 2013.  I’ve been an avid reader since I first entered the environmental sector and so to see my views featured was really quite rewarding.

Most recently, I was asked to appear as an expert witness before a Parliamentary select committee, and gave oral evidence to Peers in the House of Lords as part of an inquiry they’re conducting into the economic prospects of a new energy source.

So, what have I done to enable this?

Well, for a start, I’ve had some expert help – an experienced PR professional on your team can make a big difference.  Thanks Amanda!

I’ve also worked hard to create and cultivate my own relationships with journalists working in both print and broadcast media, regularly engaging with them on social media like Twitter and not always with an eye to getting some coverage – in fact, mostly, it’s just social chit-chat.  But because I also share a lot of meaningful and knowledgable online content, when they want an expert view on a topic I’m familiar with, they increasingly think of me.

For me, creating and sharing expert online content and then making myself known to relevant journalists is what has really worked.  Writing guest blogs (like this, in fact) also helps because you get to tap into a different audience.

It’s still early days, but I’m starting to become the ‘go to guy’ for comment and opinion in circles that are relevant to me and what I do.

Crucially, that all then becomes part of the marketing collateral available to my business when we’re attempting to recruit new clients – repeated media appearances as an opinion-former act a bit like recommendations.

And let’s face it: given the choice, we’d all rather work with recognised experts, wouldn’t we?

Lee Petts is a Chartered Waste Manager and environmental management practitioner.  He is the founder and managing director of Remsol, a Preston-based business that specialises in prevention-led waste management services, environmental training and environmental consulting. You can follow Lee on Twitter – he’s @remsolwaste – and keep up to date with his blog at www.remsol.me 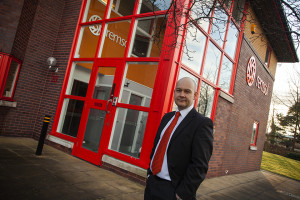